Save 20% on Simple Sew Patterns - use LOVE20 at checkout!

Meet the 3rd Sewing Bee to leave the Sewing Room!

Last night, Ben was the third sewing bee to leave the Sewing Room. Here he talks about his time on the show.

Although born in Plymouth, Ben has spent the majority of his life north of the border and currently lives in Edinburgh with his 2 dogs. Ben trained as a veterinary surgeon and has spent the past 5 years pursuing a career in science.

Despite his academic background, Ben has always loved fashion and design. Ben credits his sewing skills to the many fancy dress costumes he needed to create during his time at the University of Glasgow Veterinary School.

Ben sees sewing as his creative outlet and enjoys experimenting with pattern drafting and bold textiles, and he even screen prints his own designs onto fabric.  Aside from sewing and science, Ben harbours dreams of running away to join the circus as a static trapeze artist.

When did you first start sewing and why do you love it so much?

I grew up in a very crafty household, so learnt to sew (and knit, crochet etc.) at a very young age. Mostly this consisted of things like cross stitch and tapestry. I first used a sewing machine when I started secondary school…but given the cheap nasty poly fabric and truly abysmal projects we were given, I unsurprisingly didn’t fall in love with it at that point.  While I did use a sewing machine from time to time, it was only when I went to Vet School in Glasgow, a place where parties only came in the fancy dress variety, that I began sewing more and more. I realised quite how much I loved it after I left and sadly the fancy dress parties became fewer and further apart. That’s when I began sewing proper clothing that could be worn in real life (some people may argue some of my pieces still fall somewhere nearer costume than clothes but hey, I know my roots!). For me, it’s the love of fashion and the opportunity to exercise the creative side of my brain that makes me love sewing. It’s what has driven me to develop those other skills, like pattern cutting and textile design, which in turn make me love it all the more.

Who was your mentor?

I’m mostly self taught so don’t strictly speaking have a sewing mentor, although I have been lucky enough to have many inspiring and creative people amongst my friends and family who have always helped push me.

What is your favourite garment to sew/or your speciality?

I’ve loved the Sewing Bee since it first aired, so I just really wanted the chance to be part of it all! I just felt so lucky to be there, if I managed to impress anyone that would be a bonus…that’s a lie, I’m your typical type A personality, obviously I wanted to impress everyone! As for Joe, I do not have enough nice words to describe the wonderful human being he is…and he is my new sartorial hero! No one pulls off bubblegum pink faux fur quite like Mr Lycett!

Describe your experience on first walking into the sewing room on this year’s Sewing Bee, and which challenge were you fearing the most?

It’s a cliché, but the whole experience was very surreal…I think I was too overwhelmed to feel much of anything on that first day. The first pattern challenge was definitely the most panic inducing though…not knowing what to expect, what the judges would be looking for, just how good everyone around you was going to be…turns out they are all amazing…as is no doubt obvious from my face during the judging, the fear is real!

Do you have a special attachment to a sewing tool?

I have many tools which I find indispensable for sewing (big shout out to the humble awl), but my most treasured piece of sewing paraphernalia is a silver needle case from the 1920’s…it was a gift from my Aunty Helen and I adore it.

In your sewing life: What has been your worst sewing disaster – and your biggest triumph?

My worst disaster is hands down the time my dog lay down on my overlocker peddle…not a disaster in itself, but when you have about 8 hours work under the blade it quickly becomes catastrophic…cut that bodice in half…there were tears and a very confused dog. As for triumphs, while far from being the most complex thing I have ever made, the first garment I ever drafted entirely from scratch (a pencil skirt for the mothership) is still something I am immensely proud of…and she still wears it!

Describe your style, and how much of your own clothes do you make?

My style is quite eclectic…I tend to dress depending on my mood that day…whether that be 50s beat poet or 70s kids TV presenter, country squire or futuristic ninja…

In the past I rarely made things for myself, men’s sewing patterns being in the main part indescribably dull/ugly. As my pattern drafting skills have improved and I’ve begun delving into menswear though, I find myself partaking in selfish sewing more and more.

Can you give a sewing tip for amateur sewers who have been enjoying the show?

Make something you can actually see yourself wearing in a fabric you like, not just something that is described as easy in a fabric that’s cheap (not that these things are necessarily mutually exclusive)…safe to say, you’re more likely to persevere through the multiple inevitable unpickings if you have something to show for it at the end. Pyjama bottoms in a nice soft cotton are great!

Also, get someone (ideally who sews) to help you get your measurements. Measuring yourself is harder than you’d think, and it can make such a difference to your final garment.

What is the best way to describe the relationship between this year’s Bees?

I know as a viewer I was always a little sceptical of how well everyone got on, but we genuinely get on amazingly. I adore each and every one of them. It’s a bit sickening really, but there you go. 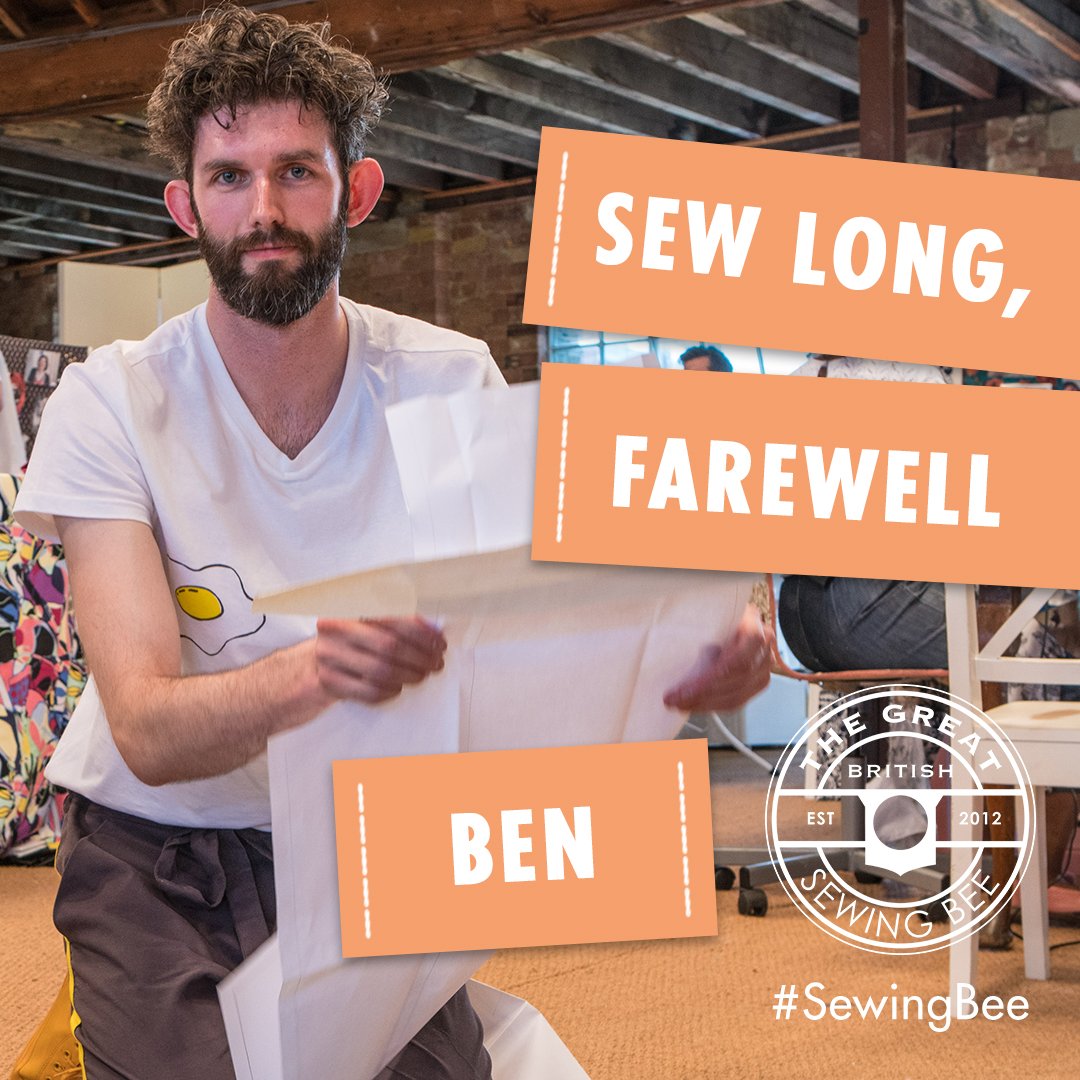